The Mayfair Mirrored Sliding Door Wardrobe comes with giving your bedroom a classy look! With both hanging space and shelf storage, you can store coats, suits, tops, T-shirts, towels with room for shoes, bedding and storage boxes.

The Mayfair 250cm Mirrored Sliding Door Wardrobe comes with giving your bedroom a classy look! With both hanging space and shelf storage, you can store coats, suits, tops, T-shirts, towels with room for shoes, bedding and storage boxes. The Mayfair features full-length mirrored doors so you get to check yourself from head to toe before heading out while the mirror reflection creates the illusion of multiplied bedroom space. You no longer have to scrimmage through your clothes in the dark! And if that’s not enough, the Boris is also customisable on the inside to suit your organisational needs. 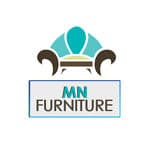